Speculative and Dark Fiction in Croatia

Croatian speculative fiction has a long and surprisingly rich history. Although fantastic ideas can be found even in Renaissance texts, it is usually considered that the key-work of autochthone Croatian fantasy is Jože the Giant (Veli Jože), the story of a gentle giant, the eponymous Jože, who works as a serf for the people of Motovun, a small and picturesque town in Istria, on the west coast of Croatia. The story is based on local folklore—Istria in particular has numerous stories about giants—but also addresses political issues, particularly the position of ordinary folk in contrast to (most often foreign) nobles and rich men. Although nominally a children’s story, this short novel remains a classic to this day, and has even given rise to a festival dedicated to all things Jože, held every year in Motovun. 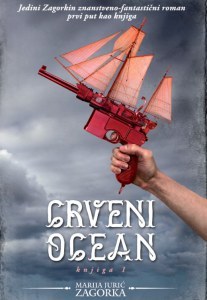 In a twist from the usual ideas of genders and genres, while Croatian fantasy started with a man, science fiction in Croatia started with a woman: Marija Jurić-Zagorka, a novelist and journalist from the early 20th century, who would deserve a post all to herself—she ran from an abusive marriage, managed to become the first female journalist in the region, and went on to become one of the most prolific and beloved authors of her time. Her novel The Red Ocean (Crveni ocean), published in weekly instalments in 1918-1919, described the adventures of a young inventor, combining the fascination with technology typical of early SF with the political ideas of equality and a better future.

It can be seen even from these two examples that Croatian speculative fiction before World War II has often had a political bent: considered ‘light’ and ‘popular,’ such literature was seen by a number of authors as a means to spread national awareness (Croatia was long under the rule of foreign powers) and later, as a way to support ideas of democracy, equality and political change. Of course, there was also a number of adventure stories, most often signed by foreign-sounding pseudonyms, such as the novel often considered as the first ‘true’ science-fiction novel in Croatian, On the Pacific 2255 (Na Pacifiku 2255) by Milan Šufflay, who published it under the name of Eamon O’Leigh in 1924. 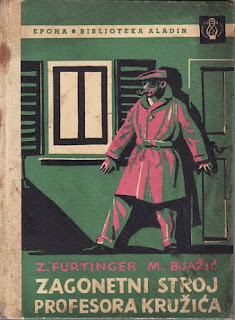 This approach continued all the way to the war: in 1940, two local writers, Tanko Radovanović and Zvonimir Furtinger, wrote Omega Master Conquers the World (Majstor Omega osvaja svijet) and signed it ‘Stan Rager.’ This novel, in which a mad scientist tries to conquer the world using a nuclear-powered submarine, could stand the comparison with any other techno-thriller of the era and, had it been published in the States, would have probably inspired a black and white film adaptation with spectacularly bad special effects showing atomic bombs falling over New York.

Mr. Furtinger continued working after the War, teaming now with Mladen Bjažić but no longer feeling the need to use pseudonyms. It should be noted that, after 1948, Yugoslavia, of which Croatia was part, differed significantly from the East Bloc countries, so Western speculative fiction was freely available and so was fiction produced in the Soviet Union, so that local writers had access to both worlds, so to speak. The Furtinger-Bjažić tandem produced a number of speculative novels, among which of particular note are The Space Bride (Svemirska nevjesta), from 1960, which combines humour, a love story and robots, as well as Professor Kružić’s Mysterious Machine (Zagonetni stroj profesora Kružića), published that same year, a young-adult novel in which a pair of children on vacation discover an antigravity-machine in the attic of the family house in a small seaside town.

No matter how popular these novels were, the true blossoming of Croatian speculative fiction came in the mid-1970s, with the start of a legendary and internationally awarded magazine Sirius. Modelled after American SF magazines such as Asimov’s or Astounding, it was the brainchild of Borivoj Jurković and Damir Mikuličić, and it served two important functions: on one hand, it provided readers with an opportunity to see current and historically important short-story production in the genre, but also gave writers a chance to get published and reach wide audiences (Really wide: in its heyday, Sirius would have met SFWA criteria for a professional magazine both by payment and by circulation.) 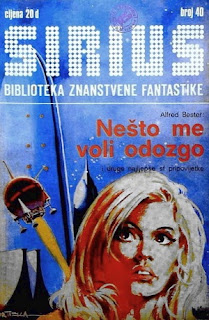 Perhaps following in the footsteps of Marija Jurić-Zagorka, or maybe thanks to the socialist gender equality efforts, Sirius also revealed a relatively high percentage of women interested and working in Croatian SF. It is important to note here that the focus of Sirius was almost exclusively on science fiction, while fantasy, if it appeared at all, was mostly limited to satire and liminal cases. This was due primarily to the editors’ tastes, but also to the more general attitude that science fiction could be considered at least somewhat ‘mature’, while fantasy was either for children or for metaphor: while a number of literary authors used fantastic elements in their stories, commercial fantasy was, at the time, practically non-existent.

However, female writers such as Veronika Santo, Biljana Mateljan, Vesna Gorše and many others wrote for Sirius, and are today considered among the best Croatian SF writers: the editors of Ad Astra, an anthology of Croatian short-form SF from 1976 to 2006, often stress that women were, on average, superior authors, more in touch with the times and more inclined towards stylistic excellence. The authors—particularly women—produced mostly postapocalyptic and dystopian stories, with some old-fashioned space opera thrown in for good measure; it is interesting to note that cyberpunk, for instance, did not gain any significant foothold among local authors, and it was only later, in the 1980s, that first Croatian cyberpunk stories began to appear.

Among the most prominent authors of the ‘Sirius years’ (1976-1989) was certainly Predrag Raos, whose epic novel Shipwrecked at Thula (Brodolom kod Thule), published in 1979, encompassed both classic futurism, describing a future society that builds first ever faster-than-light ship, Clarkean hard SF, page-turner race against time and fine psychological insights. 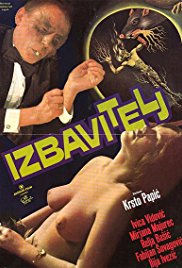 In the same period, Croatia made its first truly speculative film, The Rat Saviour (Izbavitelj), loosely based on the novella “The Ratcatcher” by Russian author Alexander Grin. The film, shot in 1976, follows the destiny of a poor writer who discovers rats have developed the ability to transform themselves into humanoid creatures, and predates The Invasion of the Body Snatchers by two years, rivalling the more famous American creation by the slow mounting of horror and claustrophobic atmosphere. The film won an award at the Trieste SF Film Festival, and was part of a short-lived horror wave in Yugoslavian film, of which the other most famous product is the Serbian She-Butterfly (Leptirica) from 1973, a rural horror with a truly Slavic take on vampires.

In the 1990s, with the dissolution of Yugoslavia and the ensuing war, Croatian speculative fiction had to struggle to survive. It did so largely thanks to the existence of Futura, a magazine started in 1992 that replaced Sirius as much as it was possible in the circumstances, providing local authors with a venue to publish their production, and the continued efforts of the local fandom, which managed to keep SFeraKon, one of the oldest SF conventions in the region and the oldest (and largest) in Croatia.

At the turn of the century, another important step for local community happened with the appearance of Mentor publishing house, a small publisher specializing in local authors of speculative fiction. Between 2003 and 2006, they published short story collections for twelve authors: Tatjana Jambrišak, Igor Lepčin, Darko Macan, Aleksandar Žiljak, Zoran Krušvar, Dalibor Perković, Zoran Pongrašić, Zoran Vlahović, Milena Benini, Goran Konvični, Krešimir Mišak and Danilo Brozović. They were also the publishers of the already-mentioned anthology Ad Astra, and continue working with local authors to this day, albeit on a much smaller scale. 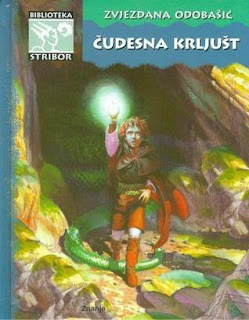 In the late nineties, the first inklings of commercial fantasy production started to appear, in the form of two novels: in 1995, Zvjezdana Odobašić published a YA novel Miraculous Scales (Čudesna krljušt), and in 1997/98, Futura magazine serialized the novel Chaos (Kaos) by the author of this overview. However, even though there were a number of other works that appeared more or less at the same time or in the early 2000s dabbling in fantasy, most were poor copies of tolkienesque worlds; only in the 21st century, particularly with the start of annual Istrakon convention collections with Istrian folklore-themed stories will fantasy in Croatia truly start to take off. Among the most prominent names in the field is Vanja Spirin with his Junker’s and Vailliant series, in which the two heroes are named after famous brands of water heaters, conveying the ‘potboiler’ nature of the series but also, of course, playing off the name of one of the most famous fictional knights of all times, Prince Valiant. 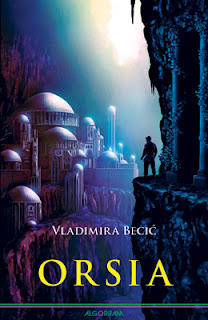 Horror fared slightly better, gaining a rather popular proponent in Viktoria Faust, a writer whose vampire-related stories, particularly the novel In the Angelic Image of the Beast (U anđeoskom liku zvijeri), published in 2000, developed a strong following among local fans of Anne Rice. In 2007, Boris Perić wrote a novel loosely based on the existing local stories about vampires, The Vampire (Vampir), while Zoran Krušvar created his own take on the vampiric lore in the dark fantasy novel Executors of the Lord’s Intention (Izvršitelji nauma gospodnjeg). Later, Vladimira Becić entered the vampiric field with fairly popular YA urban fantasy Orsia, a novel about truly teenage vampires looking for a way to express their rebellion against old ways of life.

After the demise of Futura in 2010, the gap in the market was filled by not one but two magazines: the literary Ubiq, started in 2007, is a biannual magazine covering both theory and practice of speculative fiction, which publishes fiction only by local authors, while SiriusB, as its name suggests, is intended to replace the old Sirius and publishes both Croatian originals and translations. 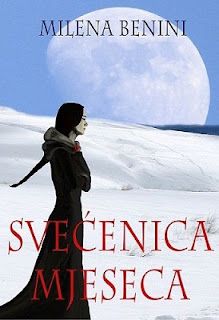 At the same time, Hangar7, the publishers of SiriusB, have started publishing books by local authors, focusing exclusively on speculative fiction. So far, they have published several novels: dark thriller The Road (Drum) by Ivan Lutz and Goran Sundać, Deeper than the Abyss (Dublje od bezdana), a dark fantasy by David Kelečić, Night Train to Dukka (Noćni vlak za Dukku) by Danijel Bogdanović, a sort of a science fiction take on Murder at the Orient Express, Milena Benini’s space opera Dreamseller (Prodavač snova), a philosophical variation on space exploration When Darkness Rules (Kad tama zavlada) by Oliver Franić, young-adult urban fantasy about energetic beings trapped on human plane The Exiled (Izgnani) by Ivana Delač, and a breakneck-paced dystopia leaning on the heritage of William S. Burroughs and Dick, EschatonTV (EshatonTV) by Goran Gluščić.

For those seeking to find an introduction to the world of Croatian speculative fiction, probably the easiest way is to find Kontakt (Contact), an English-language anthology of Croatian SF published in 2012, when Eurocon was held in Zagreb. (The epub version of the book is available at Kobo and Amazon). Or you can visit one of Croatia’s numerous conventions—there are five big ones and so many smaller ones that Croatian con-goers need a jointly kept calendar, which can be found on Facebook—Croatian fandom will welcome you gladly, and since most of us speak English, communication won’t be a problem, either.

Milena Benini is the winner of a number of local awards, among which the tastiest Croatian award, a whole prosciutto ham, for the most Istrian story published in 2009. She also received five SFera awards, of which the latest for her novel Dreamseller, also the winner of the Artefakt award. Her English-language stories have been published in several magazines and anthologies, including Contact (an English-language anthology of Croatian science fiction) and Salacious Tales (a collection of erotic speculative fiction). She has contributed to The Complete Guide to Writing Fantasy and The Complete Guide to Writing Science Fiction, while her novel Priestess of the Moon was published in English before it appeared in Croatian. Her short stories have been translated into several languages, including Spanish and Polish.
Djibril at 19:53
Share